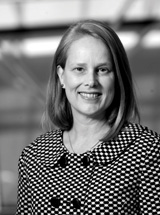 It is great to have another female guest on the Arete Podcast, this time one of Queensland’s high profile Non Executive Directors, Andrea Staines.

Andrea has served on a number of boards including Aurizon, Goodstart Early Learningand Queensland Investment Corporation.  Her last executive role was as CEO of Australian Airlines, a role she successfully fulfilled as a single parent.  I’ve known Andrea for many years and it was fantastic to have this conversation and learn a lot more about her background and career achievements.  Apologies for a slight hum in the recording, however its well worth listening as Andrea has some great insights to share.

Andrea is a professional Non-executive Director and company advisor.  She is currently on the board of Goodstart Early Learning, Queensland Investment Corporation and Transport for NSW. She also advises small and medium-sized companies on implementing board governance, strategic planning, and risk management. In 2002 she co-launched Australian Airlines, a Qantas subsidiary flying between Asia and Australia, as the CEO. At this time, she was also a member of the Qantas 12-person Executive Committee.

Prior to Qantas, Andrea worked in various financial roles with American Airlines at its Dallas headquarters. Andrea is a Fellow of the Australian Institute of Company Directors, a member of CEW (Chief Executive Women) and an occasional MBA Guest Lecturer and CEO Mentor. She has an MBA majoring in Finance from the University of Michigan in the USA, and a Bachelor of Economics from the University of Queensland.

With today marking the start of the 2018 Commonwealth Games, we find ourselves reflecting on the lessons our competing athletes can teach us about high performing teams in the workplace. Striving for excellence both individually and together as a team, they demonstrate the amazing results that can be achieved when passionate, committed, and fully engaged […]
END_OF_DOCUMENT_TOKEN_TO_BE_REPLACED
Blogs

When changing your career path or considering roles you have been headhunted for, it can be easy to play it safe and say no to opportunities that take you interstate or to more regional areas. However, in a recent Forbes article it was said, “One of the biggest job-search mistakes you can make is to […]
END_OF_DOCUMENT_TOKEN_TO_BE_REPLACED
I would consider Richard to be Australia’s best advisor when it comes to accelerating your executive and board career, and give him my highest recommendation. I have witnessed first hand the results of Richard’s industry leading approach.